Are you as good as you think in eSoccer?

eSoccer competitions (“electronic soccer”- expression used by the Edmonton Fusion FC to name its 100% soccer video game competitions) allow fans of FIFA video games to get together and compete in a friendly eSport competition organized in collaboration with Campus Saint-Jean. 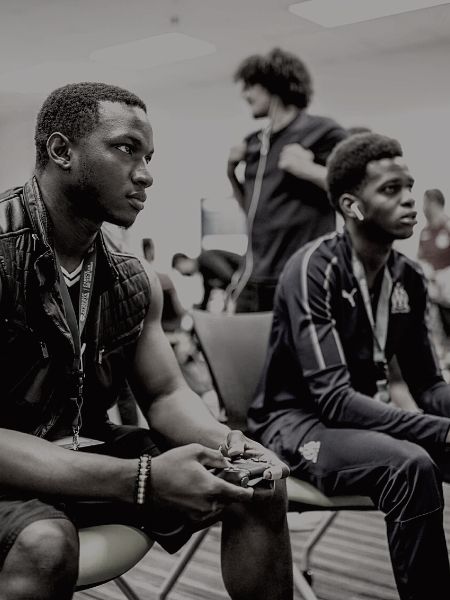 A unique tournament in Edmonton

The Edmonton Fusion is embarking on a phenomenon that has now become a worldwide phenomenon: eSport. Unlike soccer, where men and women are often separated, eSoccer is mixed, open to all and regardless of physical limitations or disabilities.

For one day, once or twice a year, FIFA fans get together to test their talent. Up to 32 participants compete and try to win prizes. Playing under a World Cup model, participants go through a system of group stage, 1-8 final, 1-4 final, 1-2 final, 3rd place match and final. Several matches were played on a giant screen.

Although they are video games, eSoccer competitions are a gathering place where soccer players can rub shoulders with gamers, all in a friendly atmosphere. Edmonton Fusion FC values offline eSoccer video game competitions to break isolation, foster connections and build bonds…for young and old alike.

The tournaments are not affiliated with or sponsored by Electronic Arts Inc. or its licensors.