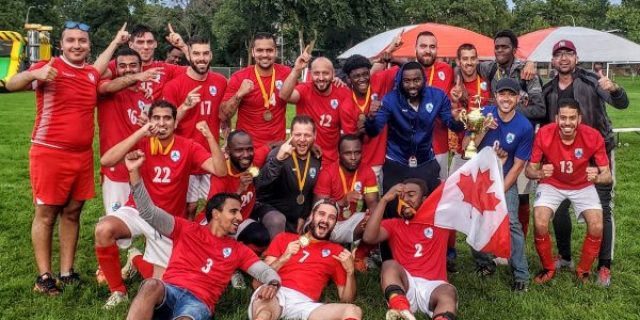 2019, a Successful Year Fusion Wins Edmonton Multicultural Soccer Tournament The year 2019 is ending. It will be remembered as the year that Fusion reached a new level. To prepare for 2020, already full of anticipation and passion, here is a glimpse of what 2019 was like for our club. Arrival of our first technical director and head coach. Now a cornerstone of the Fusion’s growth, Job Lilango brought his passion, expertise and professionalism to the project. Originally from the Democratic Republic of Congo (DRC), Job played with the professional clubs of Charleroi FC and Columbus Crew SC. He is in charge of the Fusion men’s team and coordinates the Soccer in French camps. Job Lilango, Technical Director and Head Coach The Fusion, winner of the multicultural soccer tournament  Victory at the tournament organized by the FRAP will remain the highlight of 2019. During this competition, the Fusion represented Canada. For this tournament, the club had selected the best players of its recreational and competitive teams and Meetup program to create its “Dream Team.” Undefeated in the first round (wins over Eritrea and then Côte d’Ivoire), the Fusion won its semi-final against RDC before facing Eritrea again in the final. […]

The Edmonton Fusion FC and the Campus Saint-Jean are proud to host the a eSoccer FIFA 19 tournament on Playstation 4 on June 22, 2019.