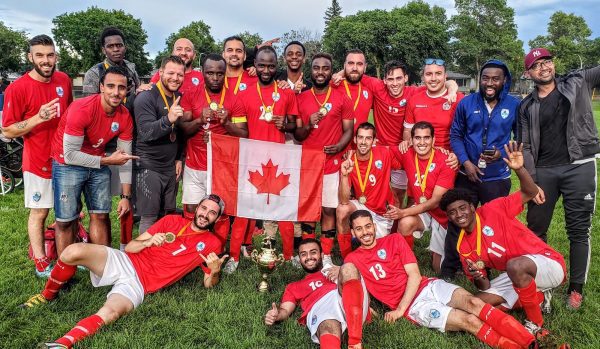 The year 2019 is ending. It will be remembered as the year that Fusion reached a new level. To prepare for 2020, already full of anticipation and passion, here is a glimpse of what 2019 was like for our club.

Arrival of our first technical director and head coach.

Now a cornerstone of the Fusion’s growth, Job Lilango brought his passion, expertise and professionalism to the project. Originally from the Democratic Republic of Congo (DRC), Job played with the professional clubs of Charleroi FC and Columbus Crew SC. He is in charge of the Fusion men’s team and coordinates the Soccer in French camps. 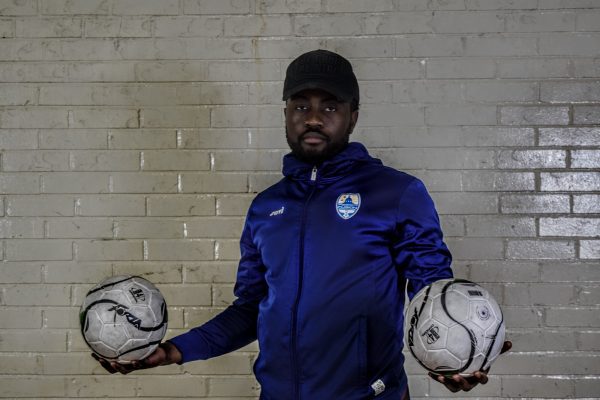 The Fusion, winner of the multicultural soccer tournament

Victory at the tournament organized by the FRAP will remain the highlight of 2019. During this competition, the Fusion represented Canada. For this tournament, the club had selected the best players of its recreational and competitive teams and Meetup program to create its “Dream Team.” Undefeated in the first round (wins over Eritrea and then Côte d’Ivoire), the Fusion won its semi-final against RDC before facing Eritrea again in the final. We know the outcome. Surprising our opponents, the team got its first trophy with determination and commitment. 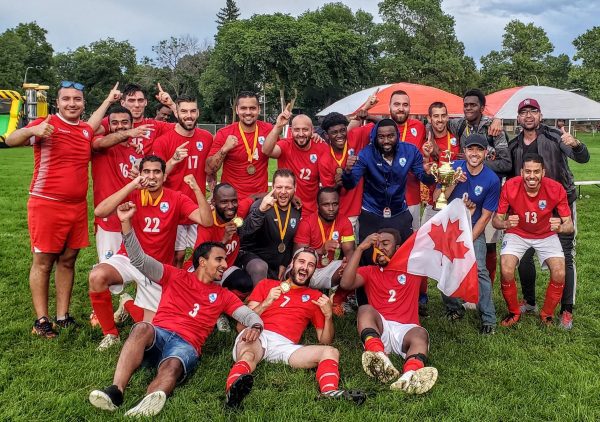 Victory for Canada represented by the Edmonton Fusion

Soccer in French, a continuing success

French soccer camps are becoming increasingly popular in the Francophone community. For the second year in a row, the Fusion offered young Francophones in the greater Edmonton area the opportunity to discover or improve their soccer skills with players from the club. The coaches were able to share their experiences during soccer in French session for children ages 3-11 years. The sessions took place in the city’s Francophone neighborhood: at the Rutherford School in the spring, and at the Campus Saint-Jean gymnasium in the fall. Of note, the fall activities were oriented futsal to develop this form of soccer in young people.

Edmonton Fusion 6-8 year old futsal team. Below is a video summary of the spring sessions.

Another program offered by the Edmonton Fusion is eSoccer, a video game competition exclusively dedicated to soccer. For the first edition, held in partnership with Campus Saint-Jean, the Edmonton Fusion welcomed 24 participants. For one day, players competed against each other on PS4 in a World Cup-style. 6 groups of 4, with eliminations games, up to the final.

For this first tournament, the semi-finalists and finalists competed against each other on a giant screen in the auditorium of the Campus Saint-Jean. The winner won $500. The runner-up was awarded $250 and the third runner-up $75. 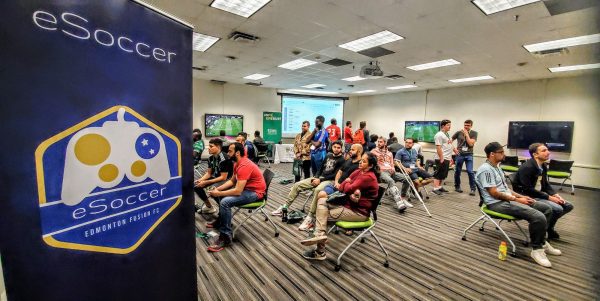 For its 2019 outdoor season, the Fusion had a brand-new team and finished 4th in its first season.

The Fusion has launched an indoor team for the 2019-2020 season. Composed of some of the players from the multicultural tournament as well as many other talents, the club is still undefeated for the first part of the season. The goal is still the same: to play its best. 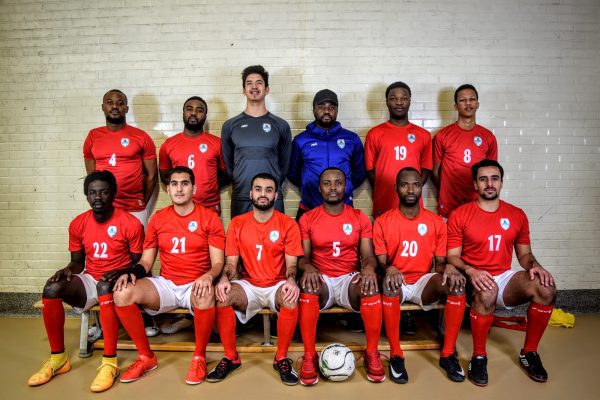 In line with its mission to develop a sense of belonging to the francophone community, the Fusion has approached the Sainte Jeanne-D’Arc school to give youth the opportunity to practice soccer in French. After-school soccer activities took place every Monday afternoon in May and June where Fusion coaches offered soccer training sessions. Participants were visited by Francophone professional players from FC Edmonton.

The first “Sports-Études” program was created in September 2019, where 18 young players improved their skills with former professional players of the club. The activities took place in the Campus Saint-Jean gymnasium for more than an hour each week for the entirety of the semester.

New partners and a new jersey for the Francophone recreational team

The COED French-speaking recreational team was able to wear the new Fusion jersey with its own identity design. The blue colors represent the Francophone community, while the two white lines represent the Saskatchewan River. Included on the new team outfit are the logos of the club’s new partners, the Acumen sports clinic, KJD Construction, and 11 Performance. 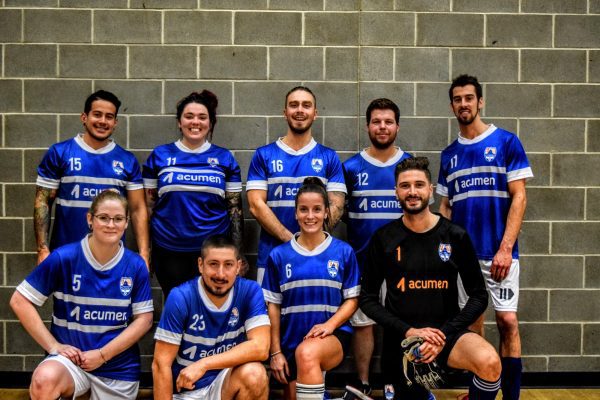 The COED French-speaking team with the new jerseys