A good season for the francophone team

A good season for the francophone team

A good first season for the francophone team.

Edmonton Fusion FC has a new Francophone COED recreational team. Playing in ESSC, the Fusion did very well in its first season and finished in fourth place. 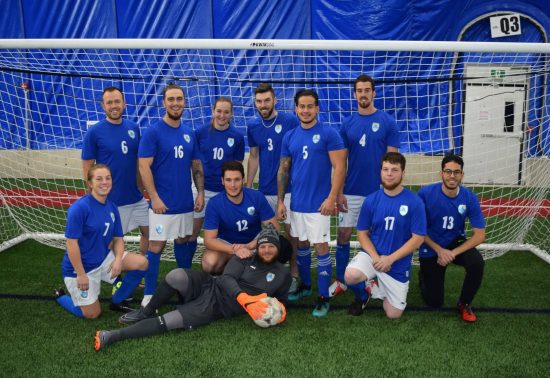 The Fusion family is growing! In addition to the competitive men’s team, weekly meetups, and soccer in French camps, here’s a new program. “It was important for francophones to play in their language or improve their French,” says Joris Desmares-Decaux, president of the Fusion and the team’s captain. “We have many French speaking players in the men’s team as well as the meetups but we play mostly in English. With this new team, we bring a linguistic balance.”

A beautiful season for the promotion of French

For its first season, the Fusion had a beautiful progression with several players rediscovering soccer. The team finished with four wins, one draw, three losses, and a good 4th place finish. After some challenges in the first games, the players got to know each other better and over time worked well as a team.

According to Joris, “playing entirely in French challenges other teams and players. This makes the team unique and ensures an incredible sense of pride. Some opposing players even spoke to us in French. The promotion of French in the Edmonton soccer leagues continues. ”