ESoccer is the term used by Edmonton Fusion FC to describe FIFA e-sports tournaments. E-sport is a world phenomenon! More and more popular in recent years, eSoccer competitions have become a real sport discipline. Many major soccer championships now include a virtual component to their season. Entertaining, interactive and competitive, eSoccer has its own FIFA World Cup: FIFA eWorld Cup. 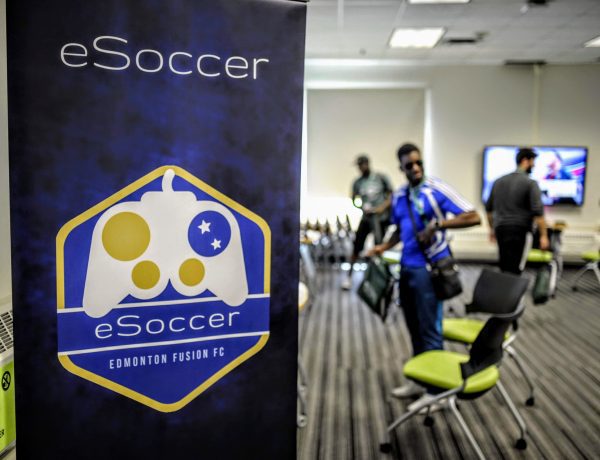 Between the real and the virtual, eSoccer requires concentrative potential, alertness, reactions, focus and tactics comparable to other types of team sport, as well as motor, technical-tactical and emotional skills. However, that gaming cannot serve as a substitute for getting out on the pitch for real. Exercise must never be overlooked.

At Edmonton Fusion FC we believe in the relationship between soccer, futsal and eSoccer. Moves and tactical issues could be taught extremely effectively using virtual training.

Thank you to our eSoccer partner